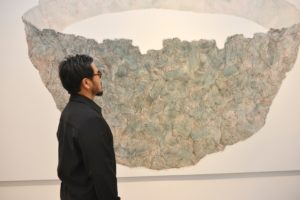 Rome, 21 June 2018. Vases and shapeless skeins of colored threads. Especially the Vase, as an archetypal form, a timeless location in which to store the memory of the world, a form which separates and includes, where the finite and infinite converge.

Promoted by Roma Capitale, Department of Cultural Growth-Cultural Heritage Authority of the City of Rome, conceived and curated by Maria Giovanna Musso, supported by De Berg and organized by Comediarting, the exhibition of the Korean artist Peter Kim arrives in Rome in preview at the Carlo Bilotti Museum in Villa Borghese. Zètema Culture Project museum services.

Peter Kim, a Korean artist currently based in the United States, trained in Asia and Europe. His works have been exhibited in several museums and galleries in France, Japan, Hong Kong, South Korea, Belgium, Mexico, Serbia etc.

His work combines inspirations from both the Eastern and Western symbolic universes.

His expressive research is characterized by a constant reminder to the archetypal themes of memory, of fractures in time and strains from the present, with particular reference to the relationship between nature and culture.

Kim chooses the line as a vehicle to access the deepest folds of reality. In his work the repeated line is used as a visual mantra, a gestural obsession which affects the space and builds a web intended to annex reality. Like a drop digging a stone, or a sound expanding into whirlpools, the lines thicken up until they fill the void, wrapping it up and giving it a contour from which the figure takes shape.

The Bilotti exhibition presents a selection of Kim’s work mainly dedicated to the archetypal theme of the vessel, along with a series of drawings and some more matter oriented works (shapeless bundles of colored threads), placed in a thematic frame that enhances both the character of the venue and the peculiarity of an artist still little known in Italy.

Along with some videos providing a deeper insight into Kim’s artistic career, the works chosen for this exhibition are those in which the artist explores the memory of a suspended time, lingering at the edges of reality, insisting on the limits of the figure and the void that it outlines, on the brink of shape where the fate of things is decided. 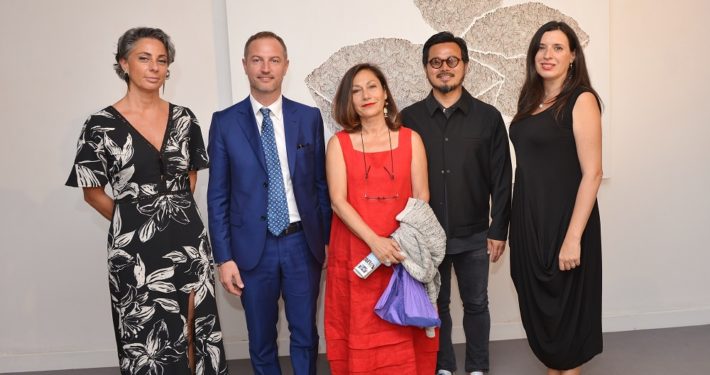 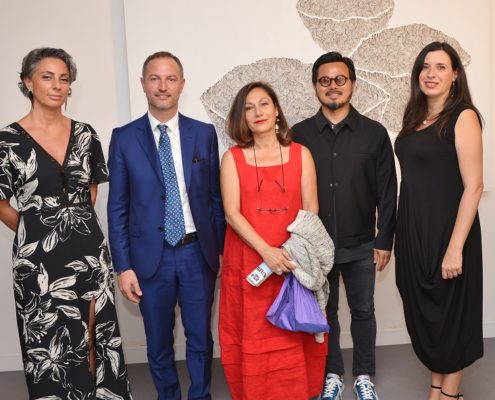 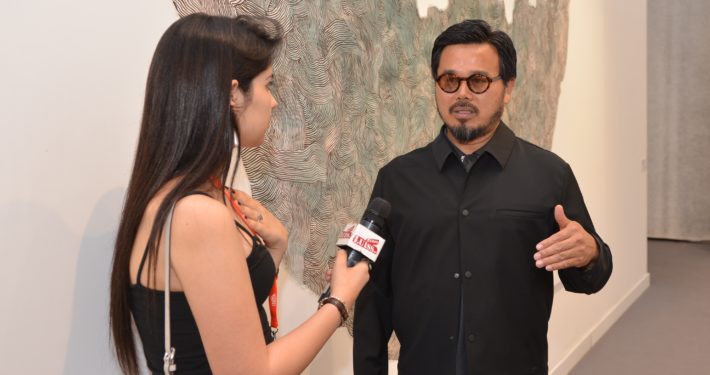 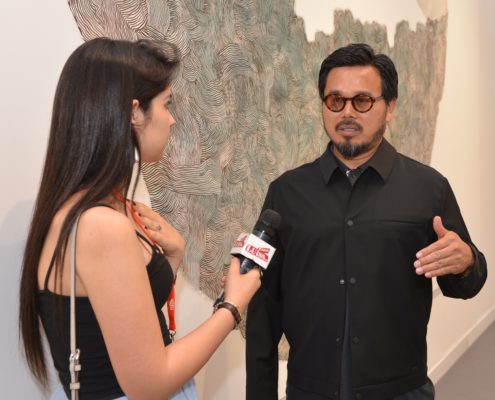 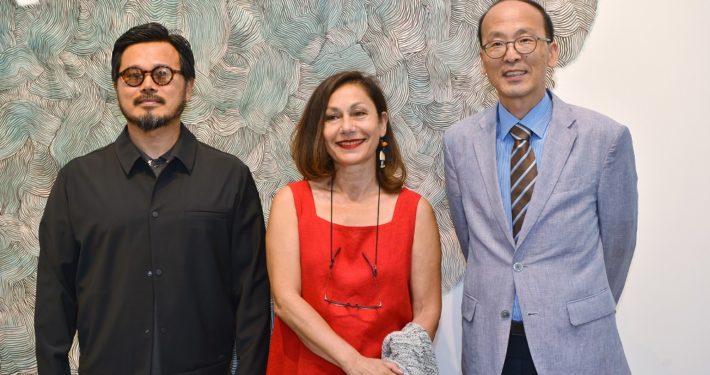 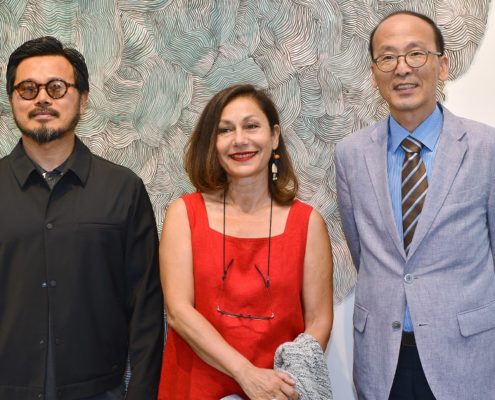 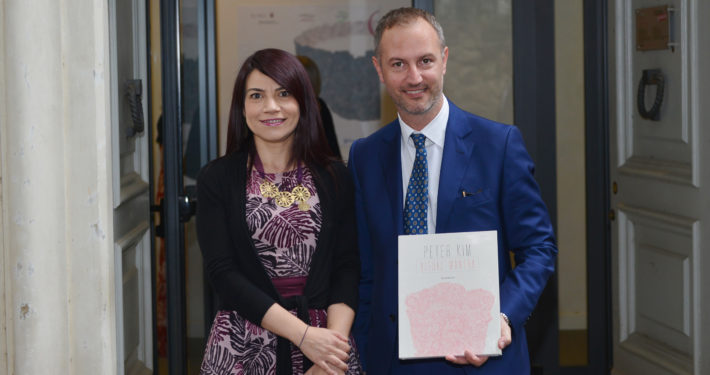 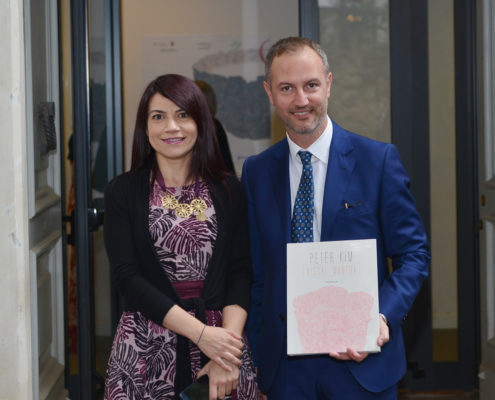 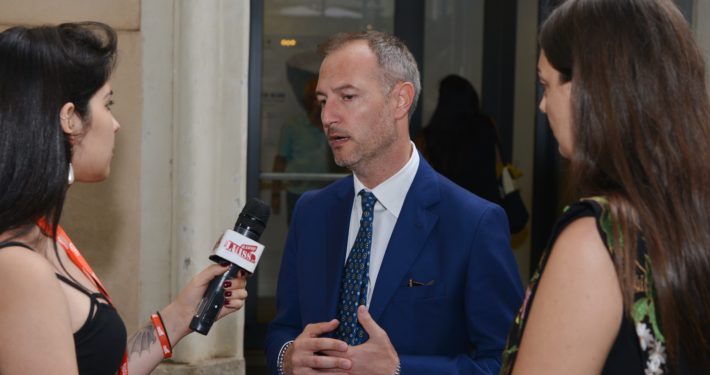 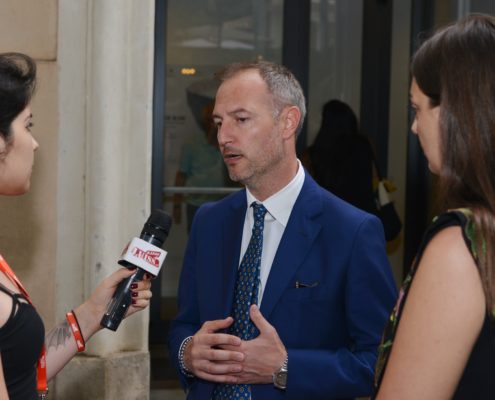 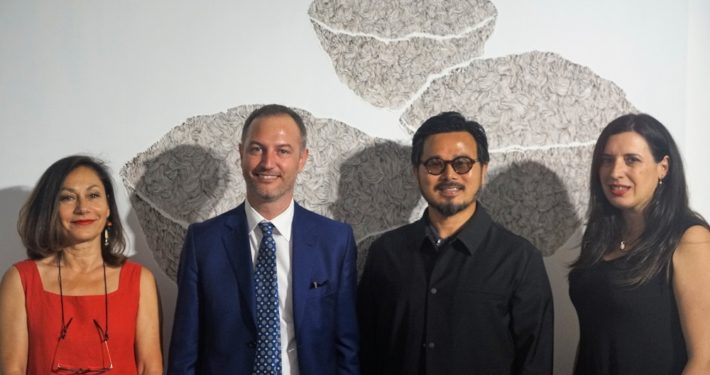 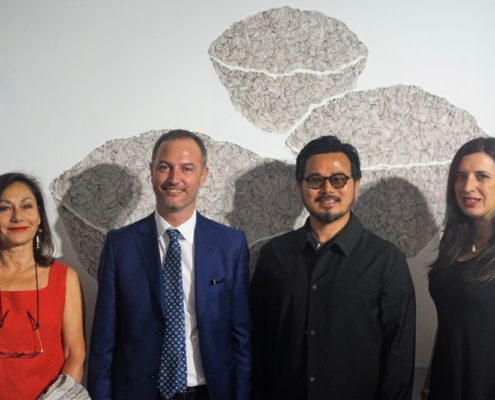 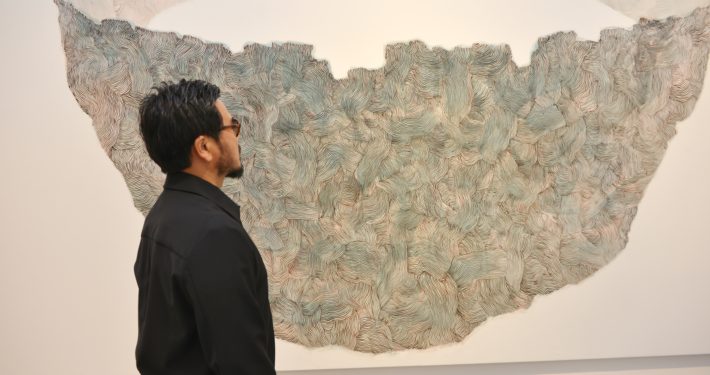 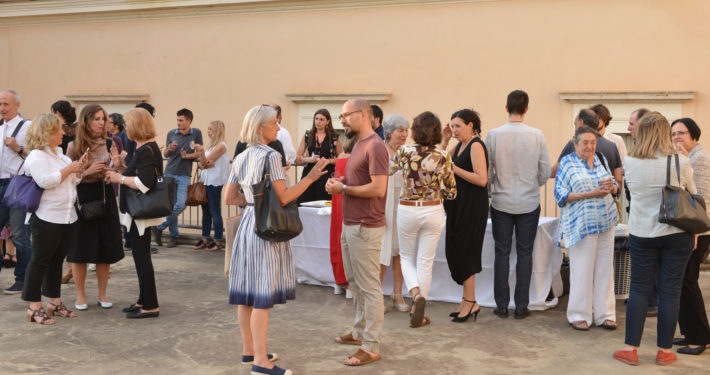 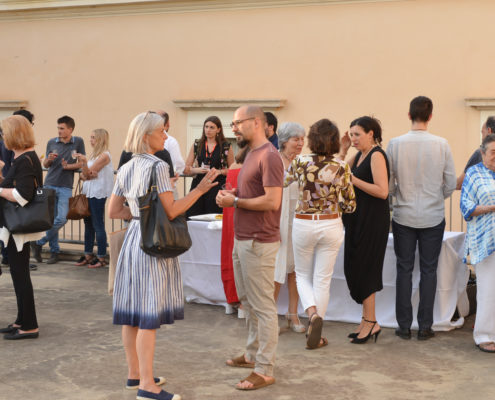 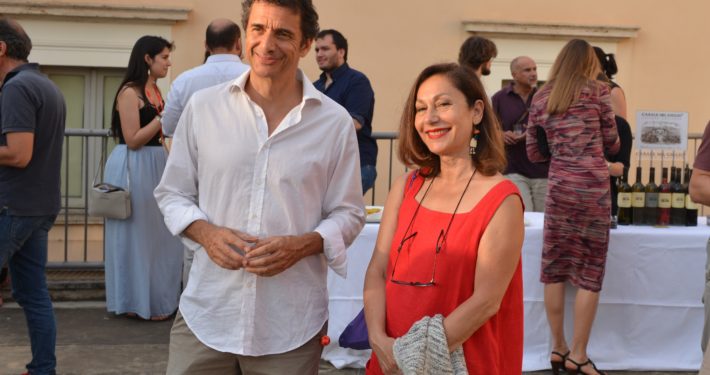 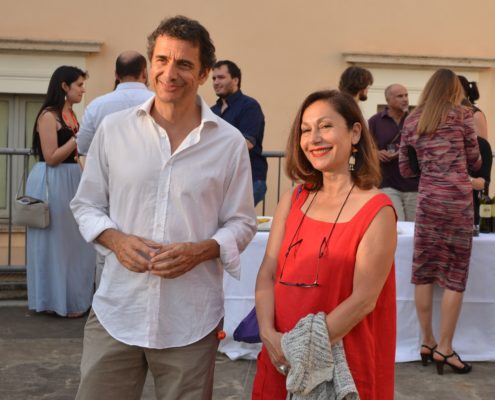 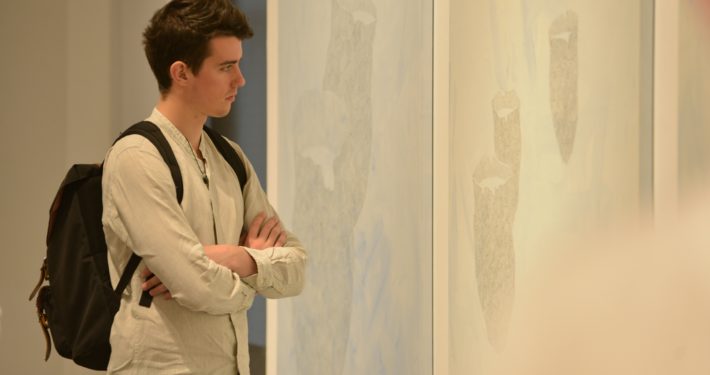 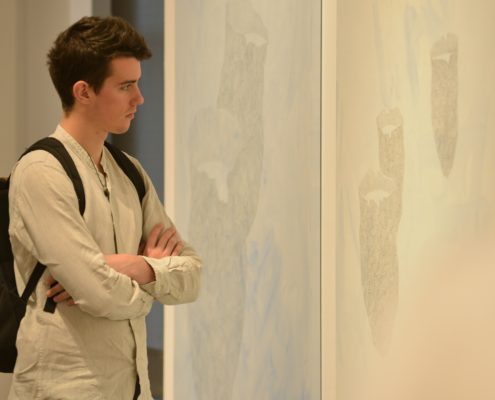 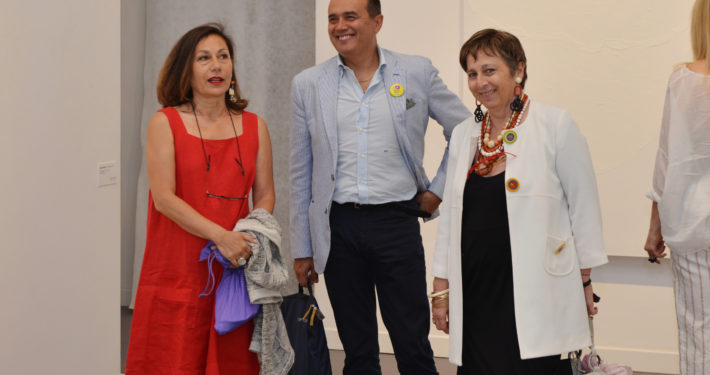 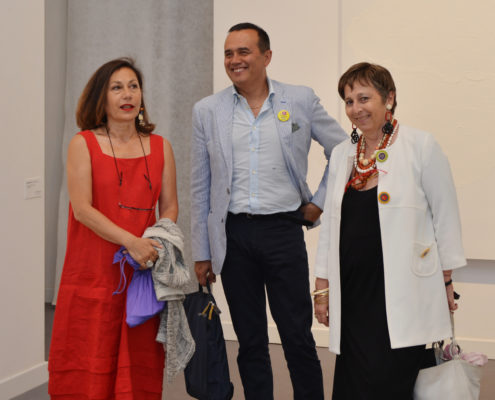 Peter Kim – On the edge of the shape – The Carlo Bilotti Museum...