Works by Andy Warhol, Jasper Johns, Robert Rauschenberg and Roy Lichtenstein will be exhibited at the “Pop Art Stars” exhibition with 122 graphic pieces, which opens at the West Tower of the Cordoaria Nacional in Lisbon. According to the organization, under the responsibility of the Portuguese company Art For You, in partnership with the Italian group Artemisia, and ComediArting, the exhibition brings together a selection of authentic graphic works by the Spanish collector José Luís Rupérez. 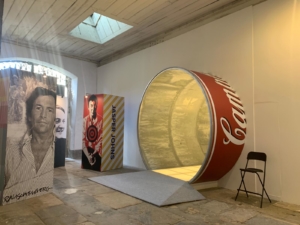 In addition to the emblematic Pop Art artists, David Salle, Felix Gonzalez Torres, Jean Michel Basquiat, Jeff Koons, Julian Schnabel and Keith Haring are also represented. Under the curatorship of Dolores Durán Ucar, the exhibition – which has already been held in South Korea and Spain – was designed, produced and performed by Art For You, and will be open until January 5, 2020. 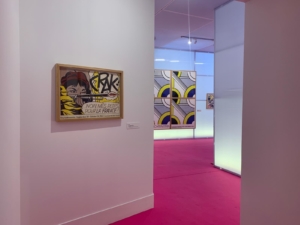 Chagall in Bologna!
Scroll to top

Because these cookies are strictly necessary to deliver the website, you cannot refuse them without impacting how our site functions. You can block or delete them by changing your browser settings and force blocking all cookies on this website.

If you do not want that we track your visist to our site you can disable tracking in your browser here:

We also use different external services like Google Webfonts, Google Maps and external Video providers. Since these providers may collect personal data like your IP address we allow you to block them here. Please be aware that this might heavily reduce the functionality and appearance of our site. Changes will take effect once you reload the page.